REPRESENTING THE PEOPLE AGAINST THE POWERFUL

California has had a surge in bicycle injuries and fatalities in recent years, but injuries aren't the only thing on the rise in the Golden State.

Look around, and you'll notice e-scooter and e-bikes popping up everywhere. These types of micromobility products saw a boom in sales during the pandemic. With gas prices skyrocketing in 2022, the demand for e-bikes doesn't seem to be slowing down.

While the e-bike craze isn't stopping, many experts link California's wave of bicycle-related injuries to the growing popularity of electric bikes (e-bikes).

A Wave of E-bike Injuries Across the Country 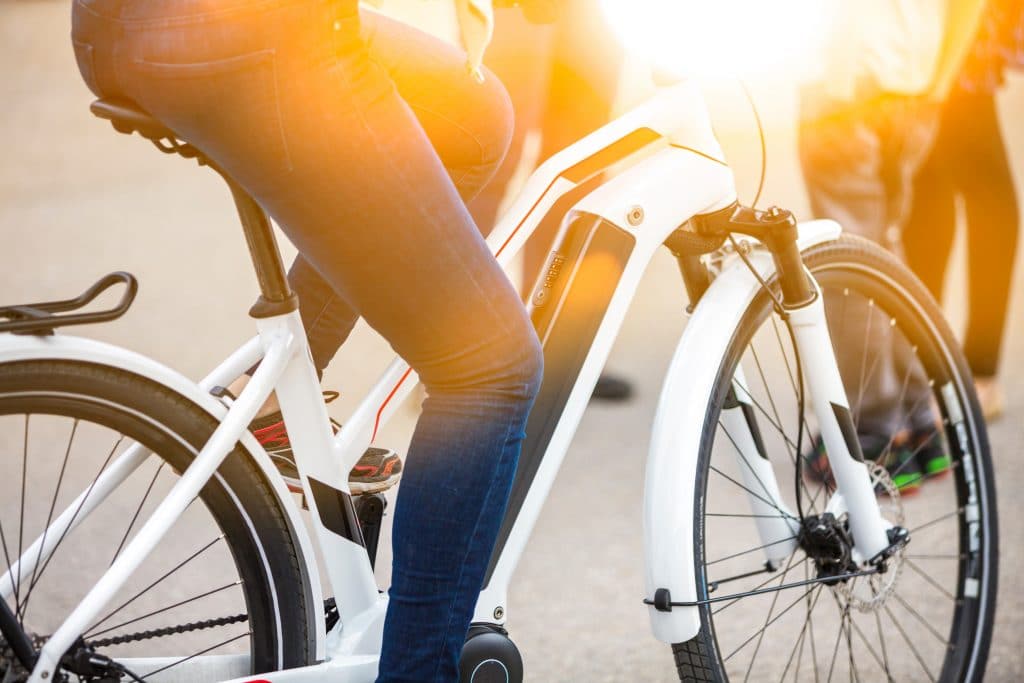 So, just how dangerous are e-bikes?

According to the U.S. Consumer Product Safety Commission, from 2017 to 2020, e-bike injuries have increased by 70%. Furthermore, a recent study led by Charles DiMaggio found that e-bikes were "E-bike-related injuries were more than three times more likely to involve a collision with a pedestrian than either pedal bicycles or powered scooters."

Common e-bike injuries can range from minor to fatal, including internal injuries, concussions, broken bones, shoulder and knee tears, and neck and back injuries.

Currently, there's a growing concern over electrical issues with e-bikes.

From apartment buildings going up in flames in New York City to a battery ablaze in Newport Beach, California, electrical problems are a growing concern over the safety of e-bikes.

That's because the lithium that powers the bike is highly combustible. So referring to the owner's manual is paramount when you own an e-bike. The importance of understanding how to store and charge your e-bike cannot be understated.

Another substantial fire risk for a lithium battery is a low-quality one. Since the pandemic, online sales of e-bikes have skyrocketed. That's great for consumer convenience, but it also puts consumers at risk of buying a poorly made and danger-prone product. One of the best ways to avoid an e-bike fire is to buy a bike from a reputable manufacturer.

E-bikes Injuries According to the Research

While the study's data doesn't indicate why e-bike injuries are on the rise, DiMaggio himself suggests that the increased speed is likely a factor.

It's a logical conclusion to make.

That's double the speed of a traditional pedal bicycle.

A Class III electric bike is even faster, topping out at around twenty-eight miles per hour.

More speed means more convenience for the consumer. Unfortunately, faster e-bikes increase the risk of injuries and the odds of requiring hospitalization. 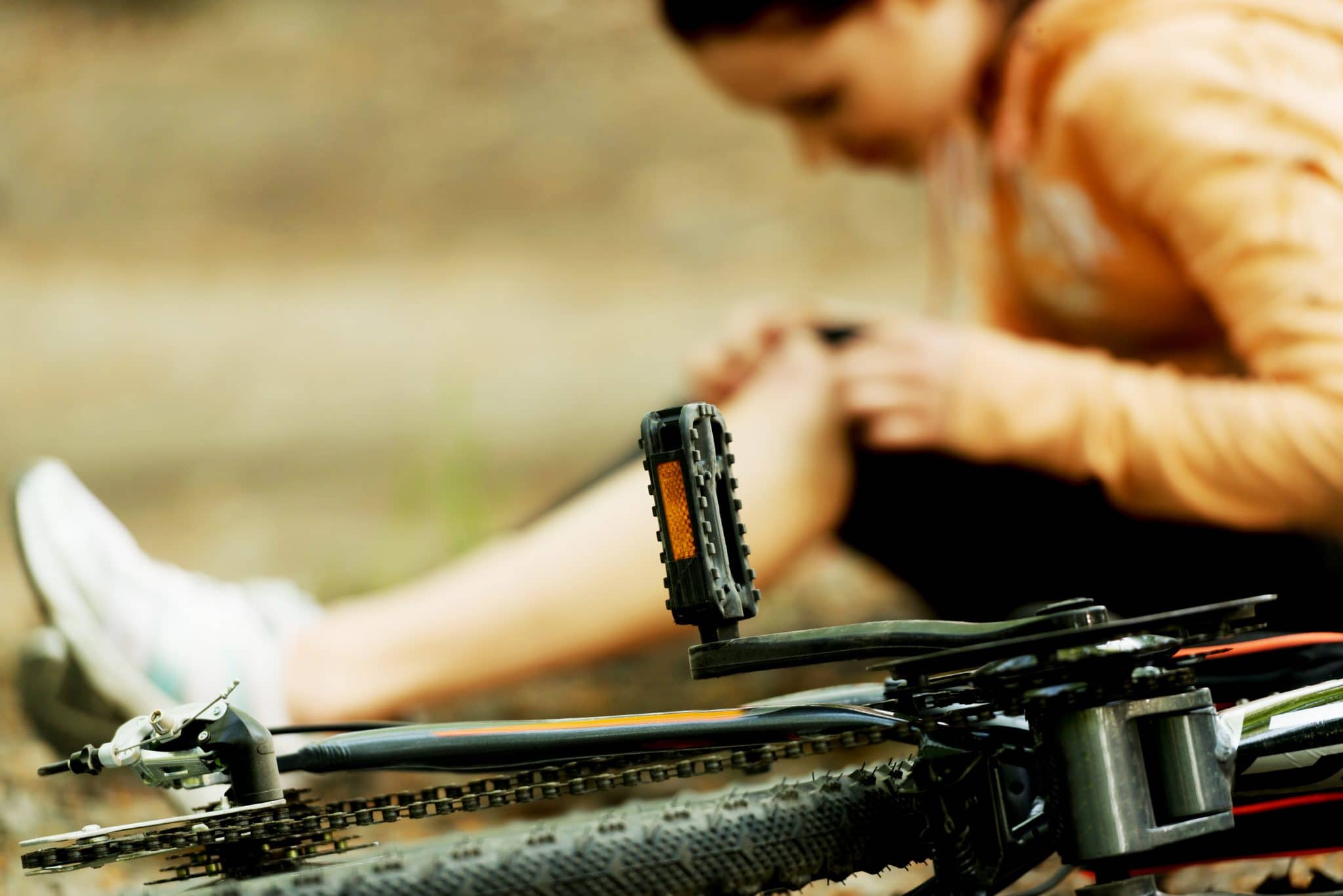 While e-bikes don't seem to be going anywhere, there's no denying the dangers and devastating consequences that come with them.

California has been hit hard by the spike in e-bike injuries.

Counties like Los Angeles and San Diego have seen a significant increase in e-bike injuries, but Orange County has become a hotspot for e-bike accidents.

In November 2021, CBS News Los Angeles reported that Orange County had a 500% increase in e-bike accidents from the previous year.

One of the most devastating cases happened late last year with the death of an Orange County mother of two after an e-bike accident. Her two sons, who rode with her, survived but were injured.

E-Bikes and the Reality of Transportation
in San Diego County

In San Diego County, teachers have resigned themselves to the new reality of students riding e-bikes to school.

Currently, the State of California does not require licenses to ride e-bikes. Nor does the state necessitate e-bike riders to be insured.

While a rider must be at least 16 years old to legally ride a Class III e-bike, there are no age requirements for Class I and II e-bikes. The lack of age restrictions makes e-bikes especially appealing to school-age children.

While students view e-bikes as a mode of transportation and freedom from their parents, teachers and staff have a growing safety concern. After all, the lack of regulations often translates into a lack of education. Students who ride e-bikes are often not aware of the rules of the road, which can cause severe accidents.

For one San Diego County school, safety is the number one priority. Faculty saw such a staggering increase in students riding e-bikes this year that they made a mandatory e-bike safety class. E-bikes and the Future of Transportation

So again, we come back to the question, why are electric bikes so dangerous?

Simply put, e-bikes are so dangerous because they are new.

Consider the mass production of the automobile and the years of regulation and education that legislation has adapted to ensure consumer safety.

While motorized bicycles are not new technology, advancements in lithium batteries have made them cheaper, lighter, and more accessible to consumers.

Unfortunately, legislation moves at a snail's pace, and city leaders can't make laws fast enough to keep up with the growing number of e-bikes out on the streets.

In short, the infrastructure, regulations, and education that are all needed to support the safety of riders and other citizens don't exist yet.

What to Do if You've Been in E-Bike Accident

The aftermath of a bicycle accident is often severe. The CDC reports that in 2010 alone, the fatal and non-fatal bicycle crash-related injuries resulted in lifelong medical costs and productivity losses of about $10 billion. With the rise of e-bike injuries, we can expect those numbers to skyrocket.

If you or a loved one has been injured because of someone else's negligence, you have rights that deserve protection.

Finding an experienced personal injury attorney and putting your trust in the right people after an e-bike accident is crucial to starting the healing process.

The attorneys with AVA Law Group value your trust, and we promise to fight aggressively to secure maximum compensation for the losses you suffered.
Contact Us

Problem Solving is our promise